Programming Protocol independent Packet Processors (P4) is a programming language for describing how packets are processed by the data plane. Its also considered as a protocol between the controller and the network devices. P4 design has three main goals: 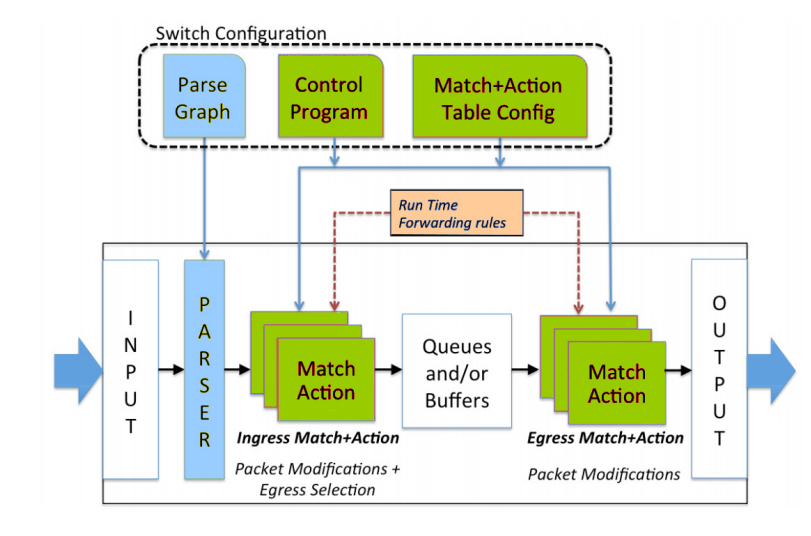 P4 program is based upon an abstract forwarding model consisting of a parser and a set of match+action table resources, divided between ingress and egress. The parser defines the headers present in each incoming packet. Each match+action table identifies the type of lookup (i.e., rules) to perform, the input fields to use and the actions that may be applied.